Launched in the autumn of 2015, the Platform of Architectural Creation is an experimental platform to examine current architectural production, practices and positions. The rule that underlies the platform is to address “whatever raises questions and whatever sparks debate”. The platform is a site of installations and discussions, that complement the exhibitions at La Cité. These are informed by a logic of openness: transgenerational, trans-European, and transdisciplinary. The platform presents a year-round quarterly schedule of its two key programmes: “Duos and Debates” and the “Housing Lab”.

The Platform of Architectural Creation is conceived as a spatial entity combining set design and graphic design, based on a concept by FreaksBoom. A book/DVD is published yearly featuring all the Duos installations and talks from guest critics as well as a selection of outside contributions.

Duos and Debates is the platform’s most experimental programme. The idea is to have a quarterly confrontation between two teams of architects, one from France, the other from another European country. The confrontation takes the form of an “installation” specially designed by both teams to be presented on an element in the shape of a half-pipe, with each team freely putting an issue on display. Two large screens extend the installation with a newly made film of about twenty minutes presenting a synthesis of the approaches of the two teams. The actual confrontation takes place at the beginning of each quarter in a public discussion, with a guest moderator. These are the Duos and Debates since the start of the programme :
TVK, Paris, versus RAAAF, Amsterdam. Guest critic: Sophie Trelcat
51N4E, Brussels, versus X-TU, Paris. Guest critic: Jean-François Drevon
Carme Pinos, Barcelona, versus Marc Barani, Nice. Guest critic: Philippe Trétiack
Frédéric Borel, Paris, versus OFIS, Ljubljana. Guest critic: Richard Scoffier
Philippe Rahm, Lausanne, versus Didier Fiúza Faustino, Paris. Guest critic: Anne-Marie Fèvre
Aires Mateus, Lisbon, versus CAB, Nice. Guest critic: Dominique Boudet

Housing Lab monitors experimentation and new issues in the field of housing. “A beautiful apartment is a big apartment”, Jean Nouvel declared in the 1980s. Can we still say as much today? In the wake of the exemplary redesign of the Tour Bois-le-Prêtre in Paris by Lacaton & Vassal and Frédéric Druot, the aim is to examine the vitality of experimentation in the field of housing, despite the normative weight of the French context. At a time of eco-districts and positive energy buildings, the Housing Lab examines the most forward-looking projects in terms of issues such as density, diversity and urbanity. Each quarter, three selected projects are exhibited and the questions they raise are discussed in a series of gatherings of theorists, practitioners, stakeholders, owners, developers, and social housing providers.

Every quarter is the occasion to schedule a number of “Rendez-vous” with the aim of bringing together a variety of audiences – professionals, students, but also people interested in architecture and urban culture – at conferences, discussions and round tables.

The Chaillot Interviews set out to explore the writings of an architect, urbanist or landscape designer. These monthly interviews with a contemporary creator, which take place on a Monday at 7 pm, are open to the public. Variety of scales, multiplicity of contexts, plurality of trends, and diversity of approaches mark these talks that touch on cultures as much as practices. Whatever the latitude, it’s the making of the project that is at the heart of these sessions. The challenge for the guests is to develop the thinking, approaches and methodology of their work. 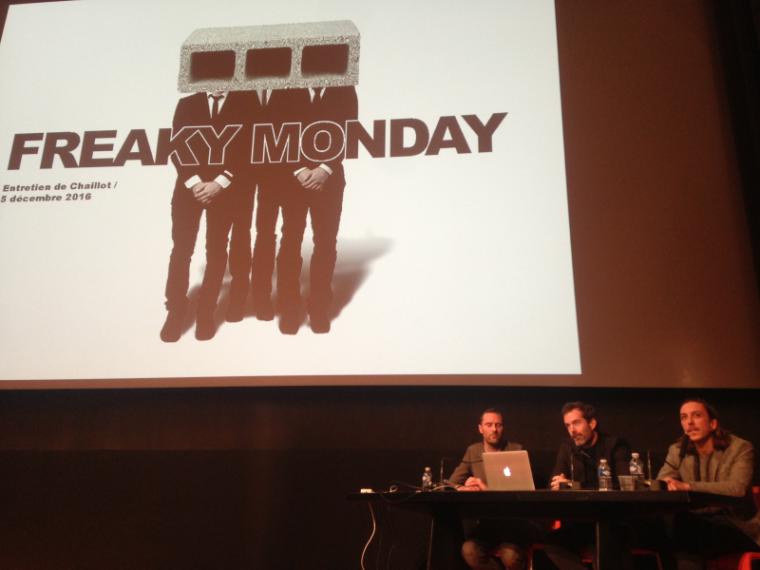 Rendez-vous Critiques are the occasion of a confrontation of ideas against the backdrop of current event, in which architectural output in France and abroad are examined. In this context, all types of construction programmes are scrutinised in exchanges that serve to highlight trends and correlations. By definition these Rendez-vous Critiques address a broad public invited to participated in the discussions. They are moderated by Francis Rambert with Frédéric Edelmann, Richard Scoffier, Sophie Trelcat, and Philippe Trétiack.

Metropolitan Rendez-vous takes the pulse of urban laboratories with a focus on one of the major issues of contemporary urban development: the rehabilitation of industrial wastelands and other neglected urban pockets. Recent urban projects in Europe, and especially in France, are examined with their key players.
The following have been the subjects since the start of the Platform of Architectural Creation :
Strasbourg-Kehl, one river, two banks
Saint-Etienne, design and urban destiny
Bordeaux and its river, between use and landscapes
Ivry-sur-Seine, between riverway and railway
Tours, territorialising infrastructures
The Caen peninsula, when the landscape makes the city
Nice, the territory of Paillon
Lille-Hellemes, industrial wastelands and intensification
Besançon, the tramway to reconquer the city centre
Brussels, the possibility of a metropolis

The China Rendez-vous take a look at the great changes in contemporary China, the breaks and continuities from Imperial China to the present day. The sessions examine the state of urban and rural development, architecture and heritage practices, ecology and landscape, tourism and civic action forty years after the launch of reforms. Urban planners, architects, historians, geographers, sociologists, researchers, and observers are invited to compare and contrast viewpoints and analyses.

Europe is at the heart of the department’s programming in many respects. It is so in the confrontation of ideas in “Duos and Debates” organised by the Platform of Architectural Creation. Then there is the recognition of architectural excellence that takes the form of participation on the jury and the steering committee of the Mies van der Rohe Award (European Union Prize for Contemporary Architecture). Similarly, the department is on the jury of the European Prize for Urban Public Space organised by the Centre of Contemporary Culture of Barcelona (CCCB). All these discussion forums and partnerships with major institutions provide a broad look at the making of the city in different European contexts.

The Observatory of Architecture in Contemporary China has been working, since 1997, on a series of research and analysis projects in the form of agreements with Asian partners, seminars at La Cité de l’Architecture & du Patrimoine and in China, missions of observation and expertise, a valorisation of research, and the animation of different networks between France and China.

The Laboratory for Africa focuses on public space and design. This is notably the purpose of Liaisons urbaines, started in 2012, and supported by the Institut Français in conjunction with the École du Patrimoine Africain, which has ongoing projects in Morocco, Tunisia, Benin, Chad, and Senegal. All of these activities are brought together in “A Fab Lab”.

Archiscopie is a quarterly journal (128 pages) devoted to architecture, the city, and the landscape. In substantive articles, analyses, and reviews of publications, it provides a critical reading of changes in the 20th-century heritage and the effects of the major transitions at work in the early 21st century. Contributors to the journal include some independent journalists and a majority of research professors from Écoles Nationales Supérieures d’Architecture (Énsa) or other universities. The website www.archiscopie.fr, launched in September 2015, proposes free access to the “Calendar” of cultural events and “Items in the News”. 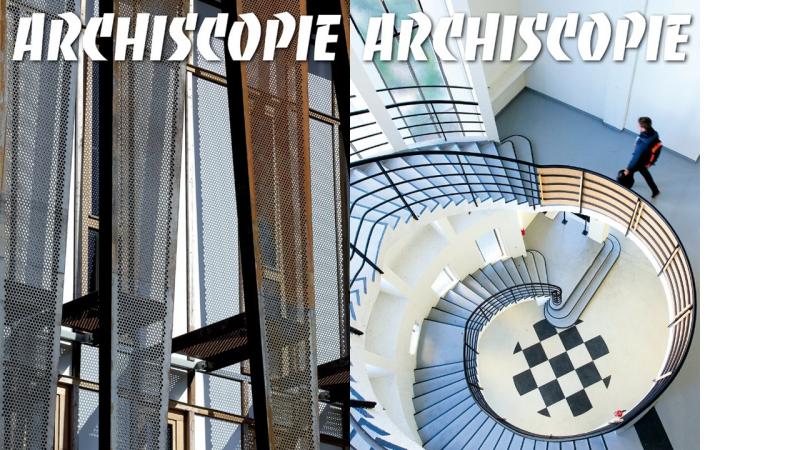